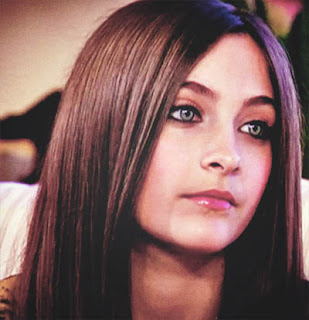 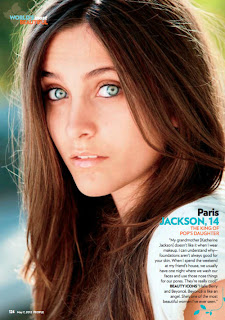 FOR IMMEDIATE RELEASE
AHRC-STM-155-2012
July 30, 2012
A Statement from the Asian Human Rights Commission
THAILAND: Judiciary affirms that not standing is no crime
The Asian Human Rights Commission is pleased to learn that the criminal charges brought against Chotisak Onsoong and his friend for allegedly defaming the monarchy have been dropped by the prosecutor. The charges stemmed from the couple's decision not to stand during the royal anthem and video montage lauding the life of the king played prior to the screening of a movie in a central Bangkok theatre on the evening of 20 September 2007. When they did not stand up, Navamintr Witthayakul, a man standing in front of them, turned around and yelled at them. When they did not comply, an argument ensued and Navamintr physically assaulted Chotisak. Later that evening, Navamintr filed a complaint against Chotisak and his friend of violating section 112 of the Criminal Code, which mandates that, "Whoever defames, insults or threatens the King, Queen, the Heir-apparent or the Regent, shall be punished with imprisonment of three to fifteen years." Simultaneously, Chotisak filed a complaint against Navamintr for physical assault. While the prosecutor dropped the assault charges against Navamintr in September 2008, it took four-and-a-half years, until April 2012, for the charges against Chotisak and his friend also to be dropped.

In a letter dated 11 April 2012 and available (in Thai) on the Prachatai website (http://www.prachatai.com/journal/2012/07/41608) Visit Sukyukol, Special Prosecutor for Southern Bangkok 4 explains that the charges were dropped because there was insufficient evidence to send the case to court. Visit notes that on 20 September 2007, at approximately 7:45pm, while the royal anthem and video montage were played prior to the beginning of a film at the Central World cinema, Chotisak and his friend (name withheld) remained seated while all other moviegoers in the theater "stood up to pay respect". This caused another moviegoer, Nawamintr Witthayakul, to turn around and say, in English, "Stand up." According to Visit, Chotisak turned around and said, "Why do I have to stand up? There is no law mandating it." This comment led to disagreement about the two, and caused Navamintr to file a complaint with the police alleging that Chotisak and his friend had violated section 112.

Despite establishing this series of events, Visit in his order to close the prosecution commented that their words and actions did not have the characteristic of insulting or causing shame, loss, or humiliation to the king. Further, he noted that there was no clear evidence suggesting that Chotisak and his friend intended to defame the king. Finally, Visit also noted the argument that took place between Navamintr and Chotisak following the playing of the royal anthem and video montage was "conduct that was inappropriate and was not part of the social norms that citizens should follow".

Although the AHRC finds Visit’s assessment of the “inappropriate” nature of the argument between Navamintr and Chotisak intriguing, it welcomes Visit’s measured and clear accounting of why the charges against Chotisak and his friend have been dismissed. His is a clear statement that section 112 cannot be applied to any and all speech or actions that question the relationship between the monarchy and the people, the monarchy and democracy, or the monarchy and human rights. Discussions about these topics--or at the very least, the legality of them--are urgently necessary if there is to be the possibility of the rule of law and the consolidation of human rights in Thailand.

Despite the outcome of this case, the AHRC would like to express concern about the slow pace at which the prosecutor's inquiries proceeded. Chotisak and his friend waited over four years for this outcome: the complaint against them was filed in September 2007, and police lodged charges in April 2008, with the case file going to the prosecutor that October. Since then until April 2012, the two accused have daily lived in fear that they would have to face charges in court at any time. By contrast, the prosecutor decided to drop the charges of physical assault brought against Navamintr for his assault of Chotisak in September 2008.

The Asian Legal Resource Centre, sister organization of the AHRC, in a recent statement to the UN Human Rights Council concerning the May 2012 death in custody of Amphon Tangnoppakul (ALRC-CWS-20-09-2012), who had been convicted of alleged violations of section 112 and the 2007 Computer Crimes Act, noted that long delays have become the norm in lese-majesty cases in Thailand. The ALRC noted that under article 9(3) of the International Covenant on Civil and Political Rights, to which Thailand is a state party, "Anyone arrested or detained on a criminal charge shall be brought promptly before a judge or other officer authorized by law to exercise judicial power and shall be entitled to trial within a reasonable time or to release." What the case of Chotisak Onsoong and friend indicates is that delays may occur in the period of inquiry into a police case that even if the accused is not being held in detention may cause him or her considerable hardship and grief. Such delays function as a de facto form of punishment, constricting the lives and rights of those facing possible prosecution and contributing to insecurity and uncertainty.

In the years since the 19 September 2006 coup, the number of complaints filed under section112 has increased exponentially. While it is a matter of concern that the government of Thailand has not released statistics on the number of such cases and circumstances of the accused, evidence available to the Asian Human Rights Commission indicates that many of these complaints do become fully realized criminal prosecutions. Yet far from protecting the individuals and institutions that they claim to protect, these laws have in the hands of over-zealous citizens and state officials become nothing other than tools for the violation of fundamental rights. That Chotisak Onsoong and his friend spent years waiting to find out if their decision not to stand up before a movie screen would earn them a prison sentence of up to 15 years is an indication of the gravity of the social and political crisis caused by the expansion of the use of this law. Therefore, the AHRC would like to take this opportunity to urge the judiciary and relevant government agencies in Thailand to follow the clear decision of the prosecutor in this case and stop the abuse of section 112 of the Criminal Code and related provisions, particularly the 2007 Computer Crimes Act. The AHRC also reiterates its call to revoke both section 112 and the Computer Crimes Act, to halt all current prosecutions under these laws, and release all those currently imprisoned under them.
Read this statement online
# # #
About AHRC: The Asian Human Rights Commission is a regional non-governmental organisation that monitors human rights in Asia, documents violations and advocates for justice and institutional reform to ensure the protection and promotion of these rights. The Hong Kong-based group was founded in 1984.